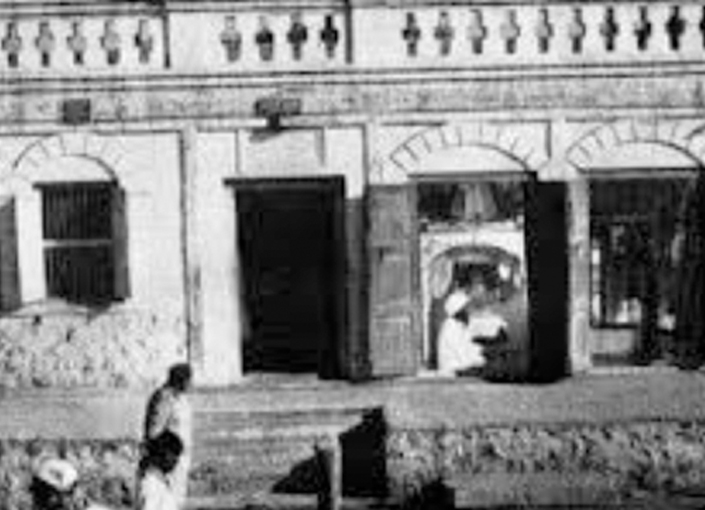 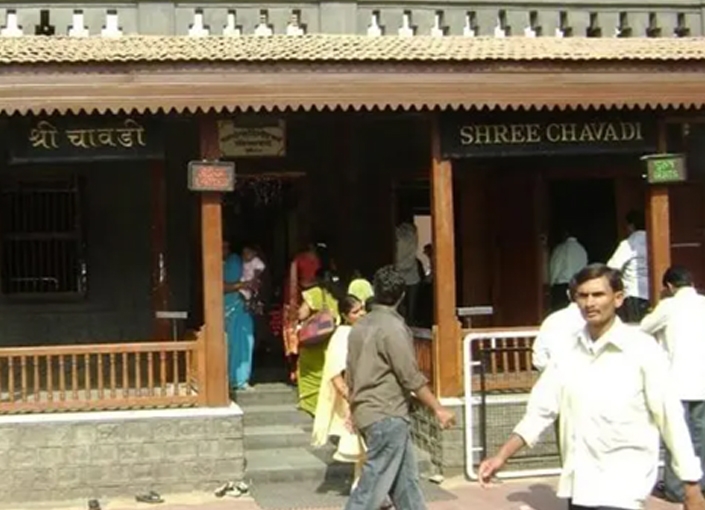 During the final years of his life, the revered Sai Baba frequently slept in this Hindu temple.
Address: Mauli Nagar, Shirdi, Maharashtra 423109
Timings: All days (3.45 am to 9 pm)

HISTORY:
Though apparently and formally Baba used to go to the Chavadi. In his super conscious state he was never asleep and used to tell his devotees that in his everlasting awareness (consciousness) he will always protect his devotees who were asleep at night.
Chavadi means “village office”, and was the place where taxes were collected, village records kept and visiting officials put up. After Baba’s mahasamadhi the Sansthan acquired Chavadi, and until the late 1930s, used it for storing books and accommodating pilgrims. The village offices have long been relocated and Chavadi is kept as a shrine to Baba and is open to all.
Sai Baba is intimately connected with this place, as he used to sleep here on alternate nights, during the last decade of his life. The routine was started on one wild and stormy night, around 1909. It was raining heavily, and water was coming through the leaky walls of the mosque. The devotees tried their best to persuade Baba to move out, if only until the water had subsided, but Baba did not want to go. Eventually, they virtually forced him to leave, by picking him up and half-carrying him to Chavadi. From that day onwards, Baba would spend alternate nights here.
Chavadi is also very significant to Sai devotees as it played a major role in the inception of formal worship of Baba. Once Baba started sleeping at Chavadi, the custom arose of offering regular arati to him on his arrival from the mosque. This was Sej (night) Arati. Later, Kakad (morning) Arati was offered when he woke up there. The performance of Midday and Evening aratis at the mosque probably developed subsequently.
ACTIVITIES IN CURRENT TIMES:
Located close to the famous Dwarkamai Mosque, Chavadi is one of the many places near Shirdi temple that is a must visit by everyone. It is believed that while Sai Baba was living in the mosque, he came to the Chavadi along with his nearest followers on every alternative nights. At present also, the visit to Chavadi is assisted with palki processions on every alternative night with huge crowd of devotees accompanying the idol of Sai Baba. Divided into two parts, one part of Chavadi has a wooden bed with a large portrait of Sai Baba while the other possesses a white chair belonging to him.
THE CHAVADI PROCESSION (UTSAV)
The Chavadi Procession (Utsav): This procession (palkhi) is the only ‘authentic’ and traditional procession of Baba’s padukas and photograph – from Masjeed (Dwarkamai) to Chavadi.
Over time, the moving from Dwarkamai to Chavadi took on the form of a grand affair. This was thanks largely to the efforts of Radhakrishnayi, who wanted Baba to be honoured as a Maharajah, and supplied all sorts of ceremonial regalia. With the bedecked horse Shyam Sunder leading the way, Baba followed with Tatya on one side and Mahalsapati on the other, walking on carpets laid on the path. A crowd of people accompanied them, singing bhajan and dancing, playing musical instruments, shouting Baba’s name, letting off fireworks, holding a silver umbrella over Baba, waving flags and fans, and chanting hari-nama. The distance of a few metres took up to three hours to cover.
The Sri Sai Satcharitra gives a moving account of the procession. It tells us that when Baba arrived at Chavadi and stood in front of it, his face shone with a “peculiar luster”. He “beamed with steady and added radiance and beauty, and all the people viewed this luster to their heart’s content ….. What a beautiful procession and what an expression of devotion ! With joy pervading the whole atmosphere of the place … That scene and those days are gone now. Nobody can see them now or in the future.”
However, we are fortunate that those days are not completely gone. We can experience something of that splendour and fervid devotion even today, as each Thursday evening, a similar procession takes place with Baba’s photo in honour of that tradition. It is a passionate, understrained – yet exalted – celebration of Sai Baba. If you have a chance, be sure to see the procession – it is an exhilarating experience!
Years earlier, Baba had predicted such scenes when talking to a few devotees, “In Shirdi there will be huge storied buildings, grand processions will be held, and big men will come. Chariots, horses, elephants will come, guns will be fired…” 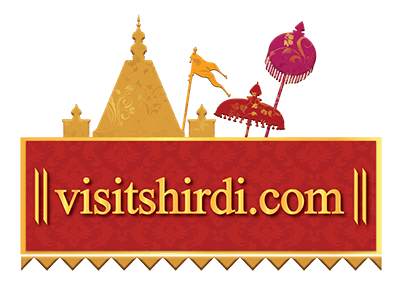